The keel was removed due to a collision with a rock which cracked the joint. Once the keel was off, the boat was moved into our shed for a refit of her deck. The teak was well worn and because it was stapled down all the staples were starting to come through.

All the teak was removed from the deck. There were pockets of rot under the teak that had to be replaced including a large section of the foredeck. Once these areas were repaired instead of adding another layer of plywood to the deck we heavily glassed the deck using double bias cloth. The deck was then faired and brought up with non-skid and paint. 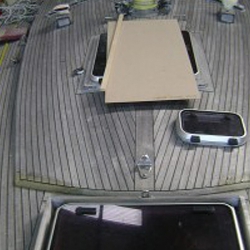 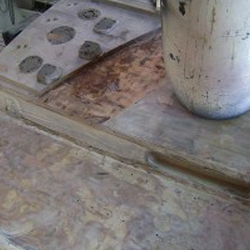 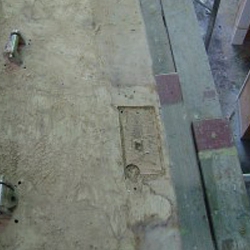 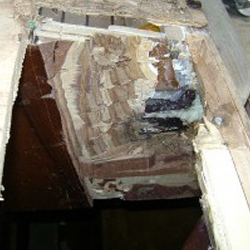 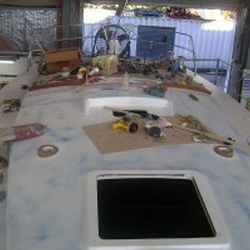 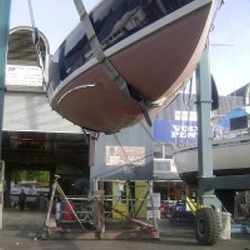 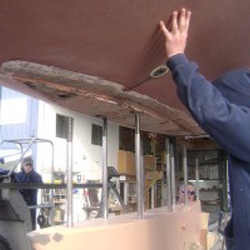