VAN DAME 58 FT  |  SKILLS: woodworking, engineering, mechanical, electronics, plumbing, painting  |  PROJECT DURATION: 7 months
This was an extensive restoration for a steel-hull vessel that had damage to numerous areas due to heavy rust and deterioration. The forward cabin was stripped back to bare shell in order to replace a three meter bow section that was badly rusted. Large portions of the forward teak deck were also removed to address rust on the deck plate. The entire teak cabintop was removed to expose and repair rusting plates around the mast step and cowl vents. The interior of the main saloon was gutted and protected by a custom-built wooden shell during the sandblasting stage of the project.

Areas of the galley were removed to access rusting hull plates caused from the freezer drain. Once the leak was fixed a section of the hull was removed and replaced with new steel plates. The interior of the yacht was restored with custom cabinetry, insulation, headliner panels and counter tops. Additionally, once all the rusted panels had been removed and replaced, the exterior of the yacht was sanded, faired and painted to better than new condition. 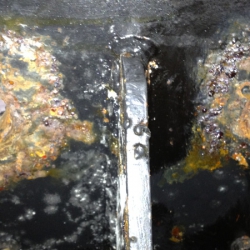 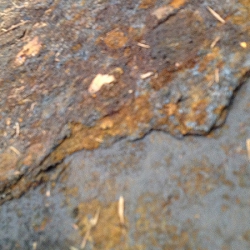 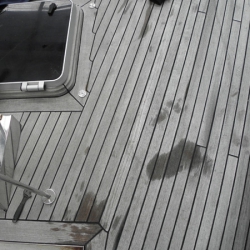 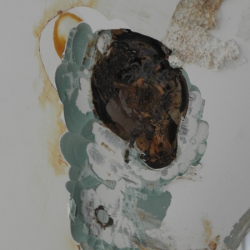 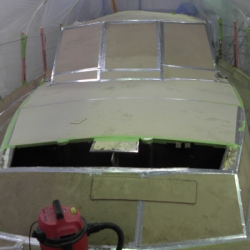 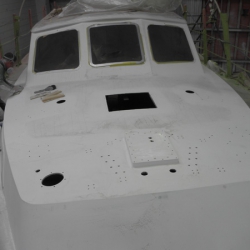 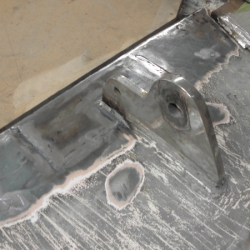 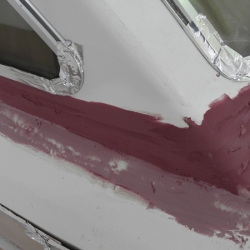 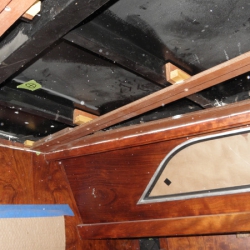 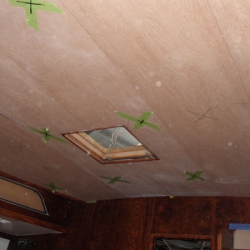