Brin Wilson Boat Builders has a long and distinguished history spanning over 67 years with its beginnings in 1952.

Brin Wilson was a distinguished yachtsman who was one of the first Kiwis to compete internationally and dedicated himself to his passion – designing and building yachts, many of which earned international acclaim whilst sailing. Competing in and winning races and regattas around the world. In 1974, after Brins death, his sons Bob and Richard Wilson took over the family business, continuing his legacy of designing, building and repairing some of New Zealand’s most notable timber boats.

Nick Saull took over Brin Wilson Boats in April 2000 after serving his apprenticeship with the company, working closely with Bob and Richard until his untimely death in 2016, the company moving more into the refits and extensions, repairs and insurance work. His wife Jan Saull has continued on with running the company along with Bruce Dickie and a long serving and trusted team of tradesmen building on the company’s reputation of high quality craftsmanship. 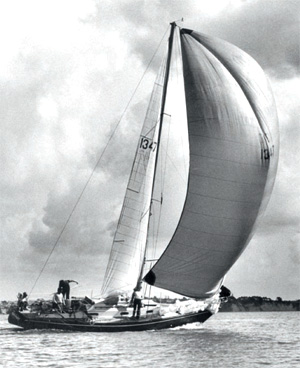