This yacht was damaged in the tsunami that followed the magnitude 8 earthquake off the coast of Chile on February 27, 2010. The yacht was anchored in Puerto Ayora, Santa Cruz Island in the Galapagos. The stern anchor failed and the yacht collided with another vessel both on the port and starboard sides. There was damage to the hull near the waterline and a fracture of the gunwale.

The teak cap rails were patterned and cut from solid teak planks. Bow fittings were also replaced along with stanchions, the port side pushpit and lifelines. The repair took longer due to the need to fabricate the teak cap rails and the tracing/elimination of a small leak on the starboard side. 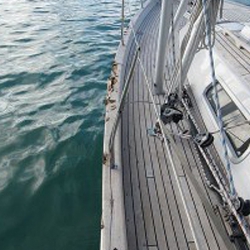 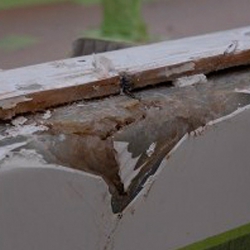 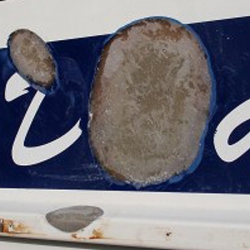 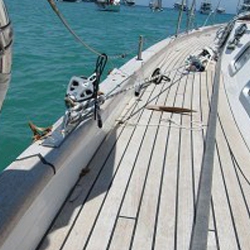 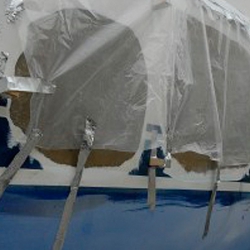 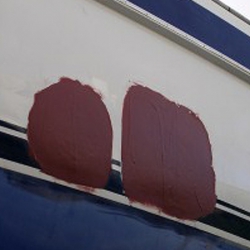 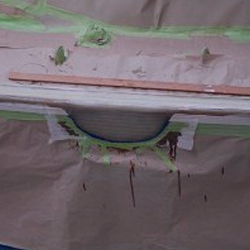 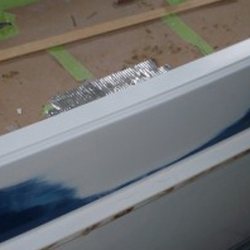 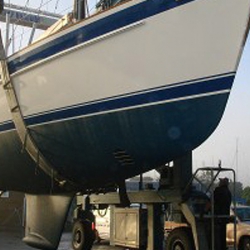